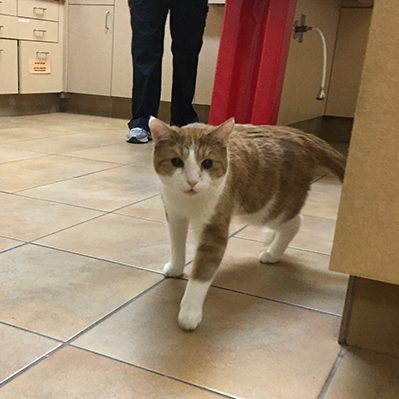 Update: Harry has been adopted

Harry is a lovely boy who’s had to go through a big change recently. Harry had a loving, happy home with his owner. Unfortunately, Harry’s owner had her own changes to go through. She became sick and needed to be moved into a nursing home where she could not take Harry with her. Sadly, she had to make the decision to rehome Harry. When harry arrived he was obviously a little shaken up, and very confused about everything that had recently happened to him.

He was given a thorough exam by Dr. Hammond and was found to be a little overweight, with fleas and a mild upper respiratory infection, likely due to stress. He has been treated and is now free of fleas, has been put on diet, and well as some medication to ease his anxiety and treat his upper respiratory infection. He is a beautiful, healthy cat and is ready to be adopted to a home that he can call his own.

Harry immediately bonded with the staff at Guildcrest. He is loving, chatty and affectionate. Everyone has fallen in love with him and we feel he will have no trouble finding a happy home. Harry will make sure he comes to greet everyone who walks past him, he meows and runs right over as soon as you make eye contact. He loves to get patted and will roll over for you, while He grabs your hands so that he can lick them. Harry seems to be okay with the other cats in the clinic, and has made friends with Albi & Strips, especially Albi, and doesn’t seem to care much about Simon. He has a lovely personality and we feel that once he is settled into a secure home his anxiety will lessen and he will make an excellent companion. 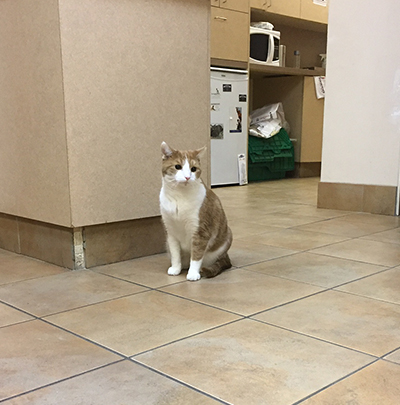 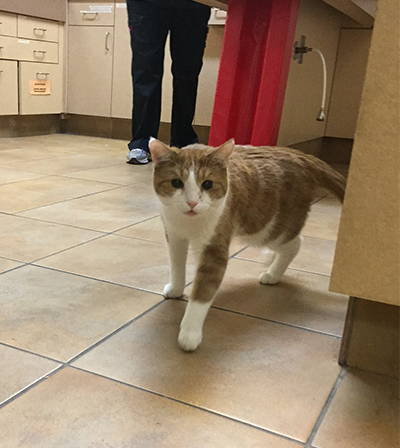 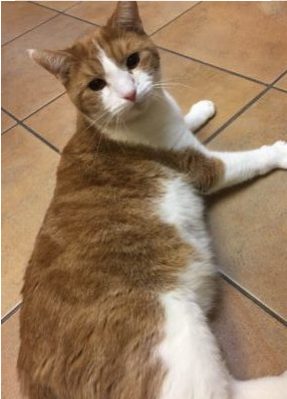